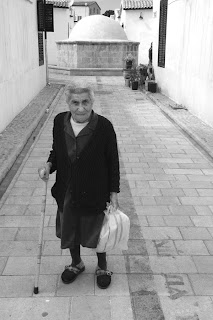 I am currently involved in taking portraits of the people of North and South Cyprus. The two territories have a shared history and a divided present. Since 1974, Turkey has occupied the North of Cyprus, while the South remains under Greek Cypriot control. According to Greek Cypriots I have spoken to, this division was against the will of both Greek and Turkish Cypriot alike.


My photography is not political, nor do I claim to have an opinion or answers to the Cyprus Situation. The first series of photos of Turkish Cypriots was taken in various cities and towns of Northern Cyprus in February and March. I am currently involved in photographing the second series of portraits of Greek Cypriots in Southern Cyprus. My photo documentary is not meant to draw racial or cultural boundaries. By separating the two parts of the whole photo series I intend to portray the unique qualities of each culture.

By bringing the two sets of images together in one space, I endeavor to show that despite our differences, we are all the same.

For my current photography projects and more about what I do, please visit my website.

Thanks for viewing my photographs.

Posted by Craig Robinson at 3:03 PM No comments: